Wendy Artin, photos from the exhibition

This is a blog with news – to see Wendy Artin's website, please visit www.wendyartin.com 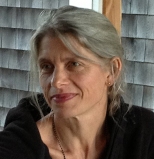 Wendy Artin writes:   “Although my paintings are often classical, I studied at the Museum School in Boston and the École des Beaux-Arts in Paris when marks, gesture and atmosphere were of greatest importance. As I travelled more and more, the charcoal and oils gave way to a small watercolor box and brushes. Through the streets of Rome, Paris, Barcelona, Boston, New York, Mexico and Guatemala, I have painted indoors and out, subjects from the eternal to the fleeting. The human form and the humble strawberry are endlessly inspiring.”

Wendy Artin is an American artist who has made the classical world, in particular the architecture and statuary of her adopted city of Rome, the subject of a remarkable body of work. Particularly skilled in drawing the figure, Artin says, “The statues of Antiquity are my favorite models.” Eric Fischl, who observed her drawing from live models, recounts, “I was unable to take my eyes off watching her work. I’d never seen anyone capture, with such fluid grace and comfort, the depth of observation of the human form the way she was able to do so quickly and so accurately in water-color.” In the words of American Academy in Rome president Adele Chatfield-Taylor, “she is a classically trained painter, but her work comes across as absolutely contemporary. Although her subject is Rome, a city thousands of years old, Wendy’s work is not a throwback.”   Born in Boston, Artin received a B.A. degree from the University of Pennsylvania in 1984 and an M.F.A. degree from the School of the Boston Museum of Fine Arts in 1990, with additional studies at the École Nationale Supérieure des Beaux-Arts, Paris, from 1982 to 1985. During the 1980s, she traveled and drew in streets and museums throughout Europe and Central America. Since 1993, she has had one-person exhibitions in Paris, New York, Boston, Milan, and Rome. In 2011 she exhibited a tour de force series of life-sized drawings of the Elgin Marbles of the Parthenon Frieze at Gurari Collections, in Boston.  She has long been represented by the beautiful Galerie du Passage in Paris.  Artin is currently an Art Advisor at the American Academy in Rome, where she began the drawings for the Arion Press edition of Seamus Heaney’s poetry,  Stone From Delphi, the project that has inspired the work for these exhibitions.